Home › Equipment
Hi! If your question relates to Loopy Pro, you may find a faster answer at one of the other Loopy Pro communities (https://loopypro.com/communities) – this forum has only a small number of active users.

A noob's journey to find the ideal rig. (Some experts may find it interesting too)

When I 'discovered' loopy, I already owned an iPad 2 and a Presonus 22VSL interface, which I eventually found worked perfectly with Loopy IF it was powered via a powered USB hub.

I got it home, really excited, but the 22VSL is bus powered. My first problem was finding a powered hub that worked. I already had a Swann USB2 hub in the 'studio' (most folks have one, they just call it a 'garage') but the iPad said it required too much power, and the led next to the USB socket feeding the 22VSL wasn't illuminated.

So I tried a USB3 powered hub and the iPad didn't even see it. Nothing worked.

So now I had the CCK in the iPad, a USB to USB mini feeding the hub, a cable coming up to the hub from the wall wart and another USB cable from the hub to the interface.

What a mess! AND that CCK/USB connection looked like it was just BEGGING to get knocked out. 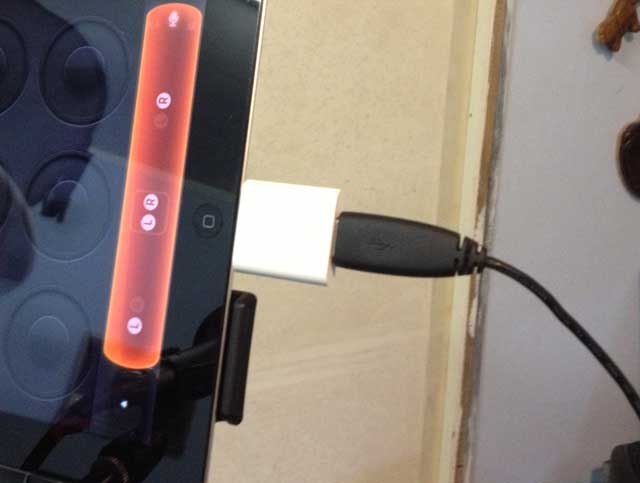 And yes, if it DID get knocked, even just a little bit, I had to re-boot everything to get everyone talking to each other again.

Next, a MIDI foot controller. I didn't like the look of the Behringer thing, and I've heard enough 'avoid at all costs' stories about Behringer products that completely turned me off the idea. (despite the positive comments on this board)

I was lucky enough to find a Yamaha MFC10 on eBay and the seller lived really close to where I work. I ended up getting it for about $30 less than a new Behringer.

Now my MIDI journey is another story. All I can say to any beginners out there is... just dive in and make some mistakes. You won't break anything.

I tried a few other styles of holder, none of which buttered my muffin, until I bit the bullet and bought the much more expensive K&M iPad holder. WORTH EVERY PENNY!!!!! It holds the iPad on all 4 sides and can be rotated to landscape or portrait without a mechanical engineer's degree. Just rotate it!

Now, what to do with the interface? How to get it close to the iPad/mic stand? My first idea involved one of those heavy duty, industrial strength music stands. Worked OK, but geez they're big.

So I made a prototype 'rig' to hold the interface on the mic stand, below the iPad. It worked really well, so I got a metal fab friend to bend me one up using stainless steel. 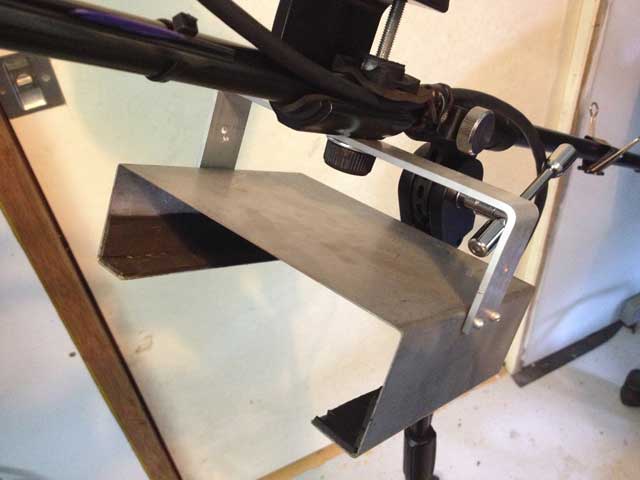 The reasoning behind having the opening below is so I can make all the connections outside the holder and slide the whole thing in - ready to roll. 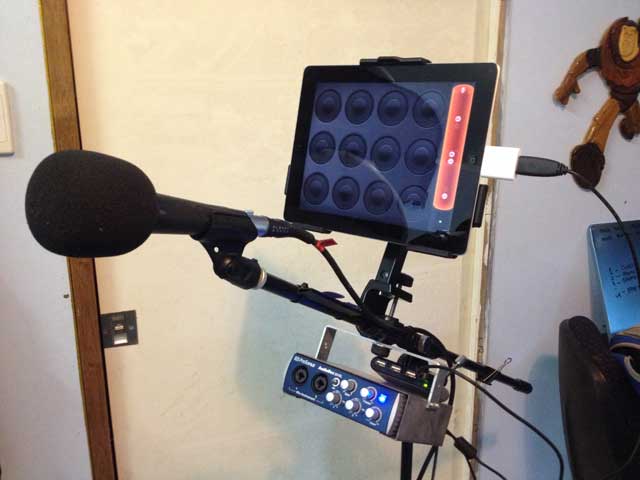 So what's wrong with this picture? The CCK/USB sticking out like a guided missile target, and the MESS of cables. (I think I'm a little OCD?)

Upgraded to a 44VSL - 2 extra inputs and not bus powered. No problem in that regard as I would just be replacing the USB hub's wall wart, and I needed power for the Yamaha MFC10 controller anyway.

And the remains of my tax return went on a new iPad 4 with the lightning connector. So I also needed a lightning to 30 pin adapter cable, NOT THE ADAPTOR BLOCK. 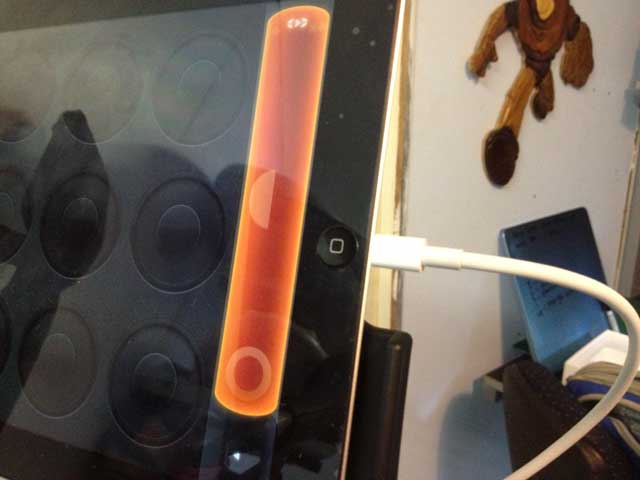 I'm not so much out of pocket now as a colleague wants to buy my iPad 2. I'm not sure whether I actually want to sell the 22VSL or not. It's a great bit of kit and is very portable, being bus powered 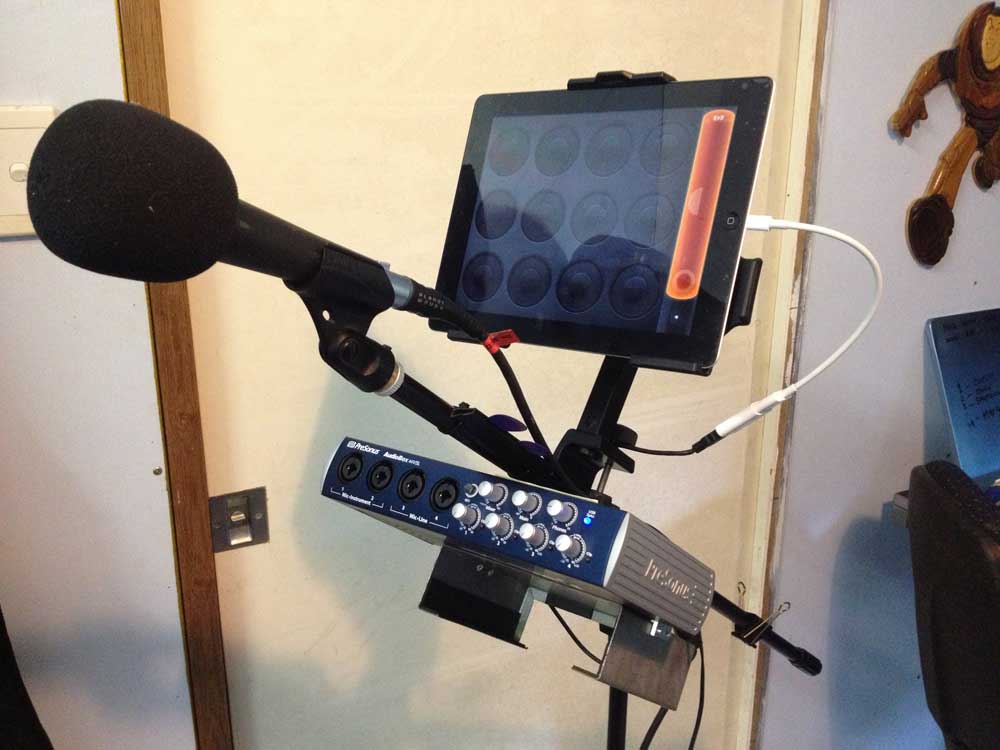 I've just wedged the interface above the old holder for the benefit of this photo. After the Easter break I'll get my friend to bend me up a new box to accept the wider 44VSL.

Now I've got no more excuses - just got to learn how to actually USE Loopy now - and improve my guitar playing A LOT.

I hope at least some of you found this interesting and useful.