Home › Loopy Pro Beta
Hi! If your question relates to Loopy Pro, you may find a faster answer at one of the other Loopy Pro communities (https://loopypro.com/communities) – this forum has only a small number of active users. 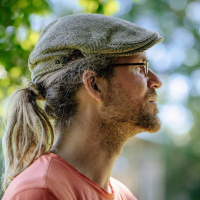 turned off automatic loop detection. Fails often when I’m beatboxing. maybe also in other Szenarios.
With very clear rhythms it doesn’t get the endpoint. Cuts away very much from the end.

In standard mode the start point is too late and the endpoint early. in the picture I show tapping on the screen of my iPad mini 5. so the tap noise is recorded as you see, but the loop point is set behind that wave form of the tapping!

I didn’t make the test with midi controller. With loopy hD I used bop pad which is the fastest MIDI controller I could find. Will test that later. 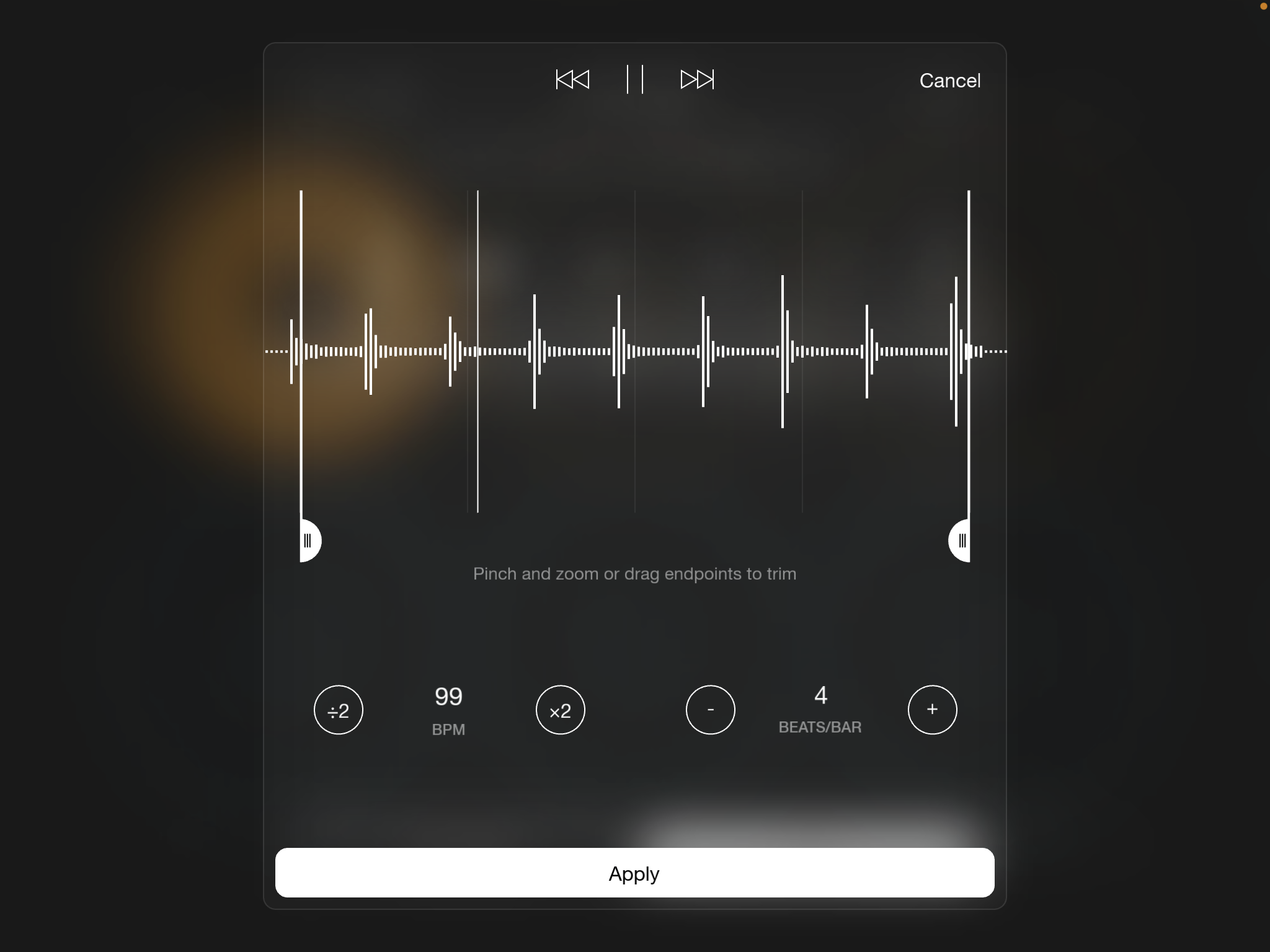 Ah, is there maybe an ‚offset‘ value. that was what I wished for ages for loopers with slower midi controller (some need 20ms and more to send a signal). no developer got the point so far, but I believe in you, Michael ;–). When midi is too late the recording gets unprecise but now we have recording buffer before the loopstart, so an offset value could be set to correct slow midi controllers. THAT WOULD BE HEAVEN!!!! Finally precise looping!!!!

Hmm it gets even worse with my IXY lightning Microphone… (that’s the only one which I have right now in my car ;–). Waiting for my daughter to come back from math lessons ;–) 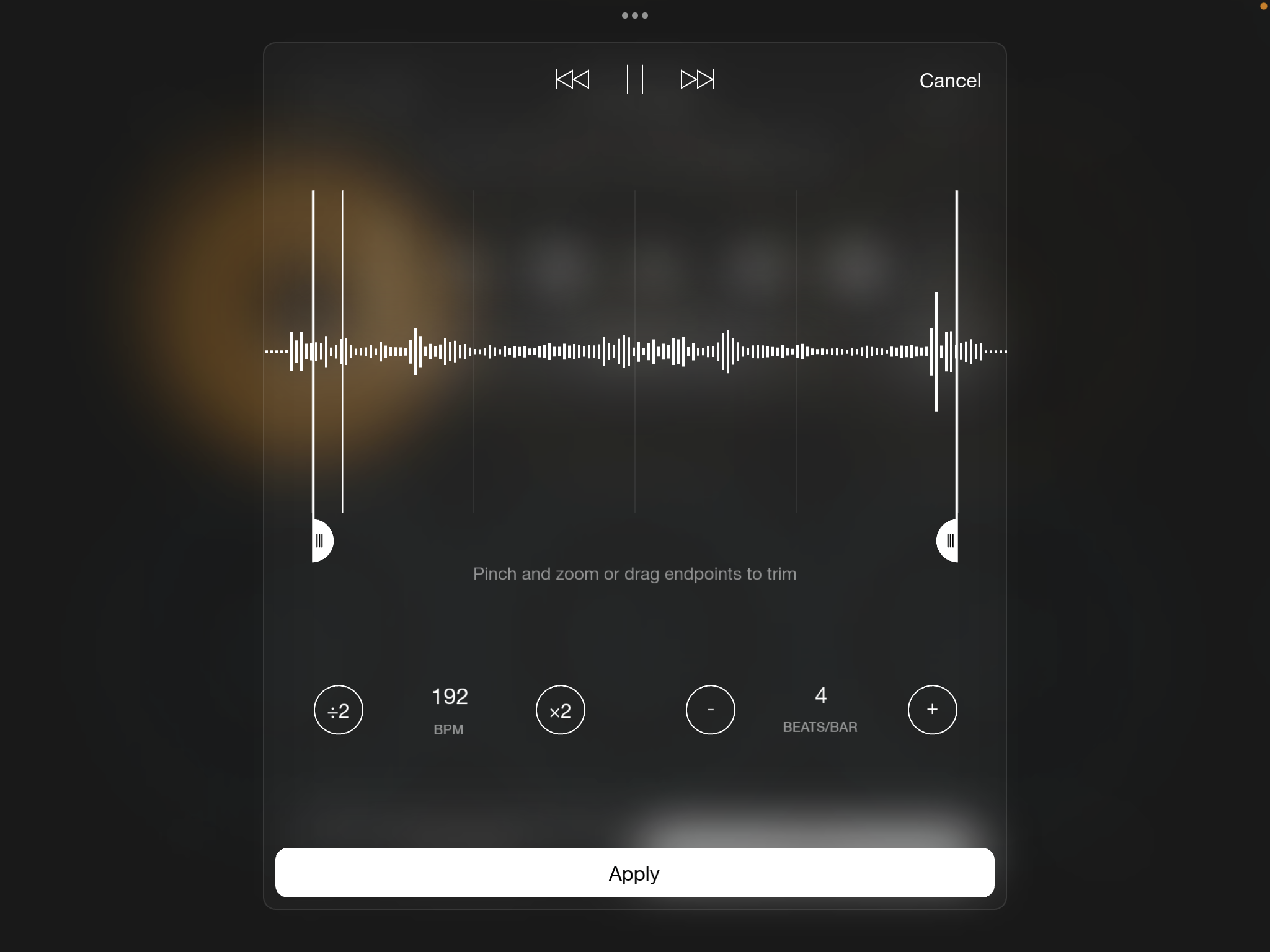 aha, no, it’s better with IXY I had to do a similar tempo and length of course… 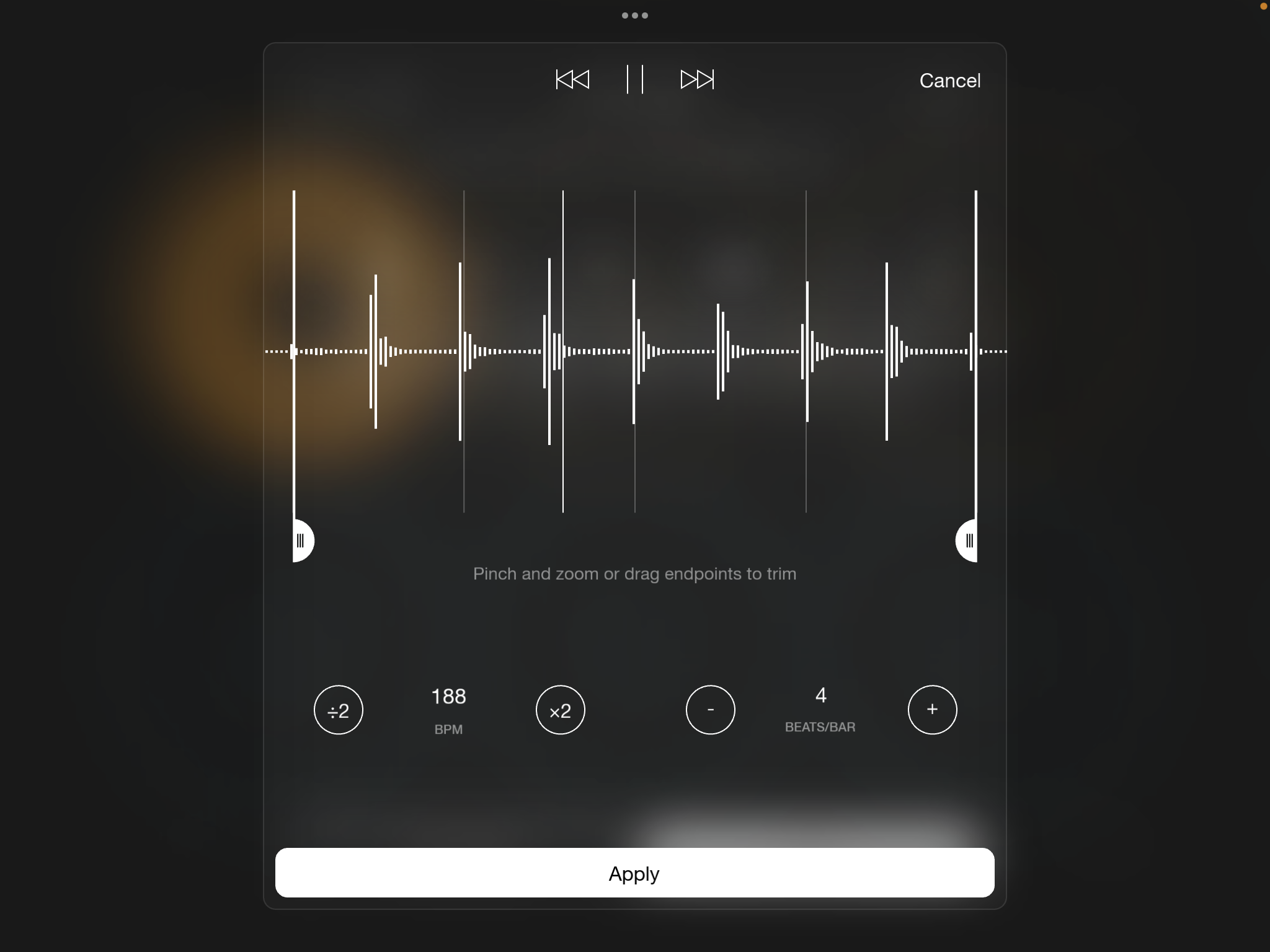